Out Now: All Due Respect 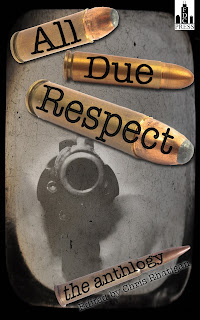 I'm thrilled to announce that All Due Respect: The Anthology is out now in ebook form (print coming soon). Huge thanks to all the writers, CJ Edwards at Full Dark City Press, Eric Beetner for the cover art, and Alec Cizak for founding the site.
Only 99 cents for 29 crime tales. Here are the US and UK links.

Sure, I could tell you that the book's good, but what the hell do I know? Here are a couple of guys who know their business...

"ALL DUE RESPECT is the sort of anthology you dole out to yourself piecemeal. You read 'Even Sven' and then shake your head, looking off into the distance, trying to make sure you start breathing again. You read Matt Funk and Patti Abbott the way you eat a good meal in that restaurant you go to for your anniversary. You savor the characters, the plot undertones. When a Joe Clifford character says that something 'tastes like a cat’s ass,' you nod that, yeah, that character probably has that experience. Full of great stories from David Cranmer, Thomas Brown, Fiona Johnson, Ryan Sayles and more, ALL DUE RESPECT is a book you’ll read a story at a time, maybe one a night, like that after-dinner drink you can’t put down." - Steve Weddle, editor, NEEDLE: A Magazine of Noir

"Highlighting lowlifes in hardboiled homilies - these stories stick it in and break it off. Tender as a brick, subtle as a Molotov Cocktail." -Jedidiah Ayres author of Fierce Bitches
Posted by Chris Rhatigan at 7:30 PM